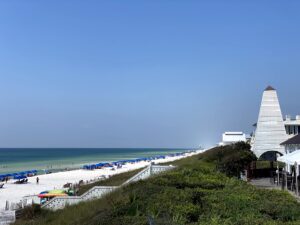 Some 20 years ago the 50-mile stretch between Destin and Panama City Beach was little more than sparsely populated beach communities surrounded by scrub pine.

Today, world-class communities dot the landscape spurred by the New Urban development called Seaside, familiar to moviegoers as the location of The Truman Show.

The Beaches of South Walton and 30A generally attract a more upscale traveler. A favorite destination of Atlanta’s upper crust, the area boasts large four and five bedroom homes frequented by multi-generational families. But in the winter, those families are often bound by the school schedule and rentals that cost $3000 to $5000 per week in the summer can be found for a fraction of that cost.

In fact, many of the larger homes are rented by pairs of winter travelers who share the cost and the ample space. Still others like to bring their own weather-weary families down for a few days or a week’s break and have the space to do so.

The South Walton Snowbird Club boasts a couple of thousand members each year and the activities list ranges from everything from crafts, dance, art and music to computers.
The 10-day Chautaugua Festival, modeled after a similar event in New York, is held in the quaint northern Walton community of Defuniak Springs.

Winter weather here can often turn chilly with highs only in the 50s and 60s dipping in into the 40s in the evenings. But veteran Snowbirds will tell you they still would rather be where the sugar white beaches just resemble snow and their golf games get a vigorous winter workout.

2009 marked the 450th birthday for Pensacola and the area celebrated with a year-long event highlighted by a visit from the King and Queen of Spain.
Known as the “City of Five Flags”, Pensacola and its surrounding communities each have their own personalities.
The west side of town is home to the cradle of Naval Aviation – Naval Air Station Pensacola. On base you can explore the area’s deep history at the National Museum of Naval Aviation.
Many of the area’s retirees first discovered the area during officer’s training early in their careers and they never forgot the sugar white beaches and the community that helped shape their lives.
Most Snowbirds stay in nearby beach communities – Perdido Key to the west, Pensacola Beach and Navarre Beach, both located on Santa Rosa Island.
Hurricanes doomed that first settlement 450 years ago and have helped reshape area beach communities several times in the interim years including as recently as 2004 and 2005 when Ivan and Dennis paid unwelcome visits.
It took several years to get area beach communities back in shape but today they are back better than ever.
Pensacola’s thriving medical community is often a draw to winter visitors who want to have access to advanced services. The arts, theatre and cultural communities are a surprise to many for a community of this size.
Snowbirds in these communities haven’t yet formed the large clubs of those in Alabama and Destin but they often blend seamlessly into the landscape.
Accommodations range from beach homes and condos to RV parks and wooded cabins found in the expansive Blackwater River State Forest known as “Florida’s Canoe Capital.” 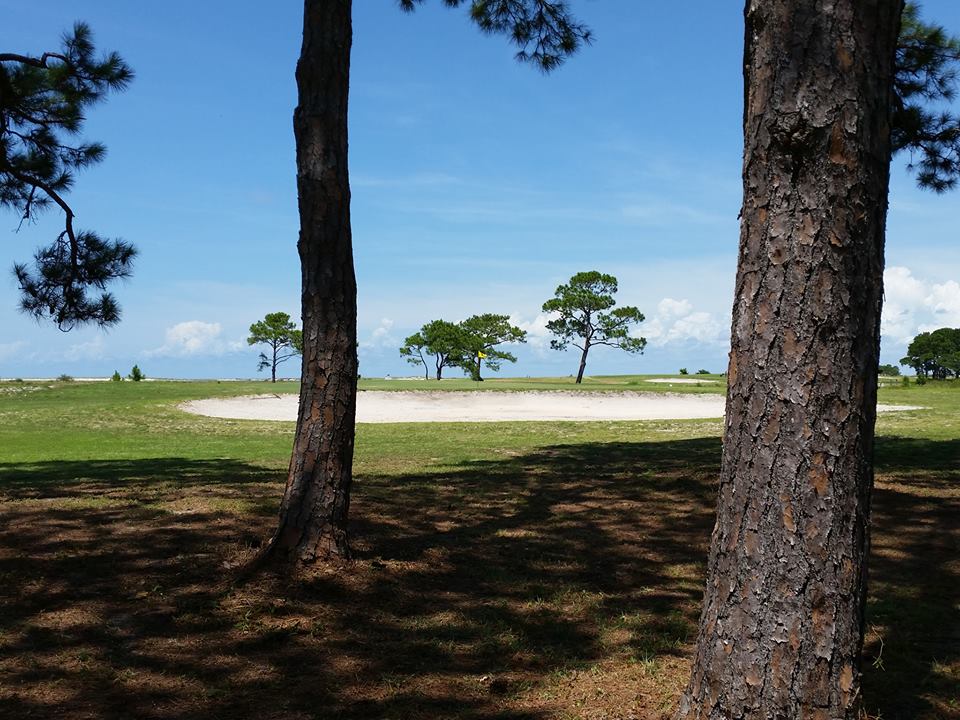