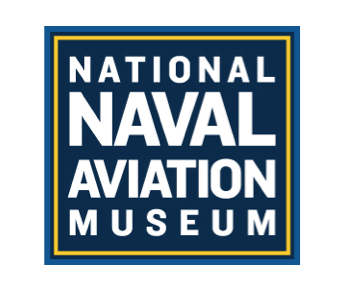 Once again, the National Naval Aviation Museum in Pensacola, Fla. has been named one of the Top 25 Museums in the country by TripAdvisor as part of the 2017 Travelers’ Choice Awards.

The National Naval Aviation Museum ranks 16 on the list that includes well-known museums such as the Metropolitan Museum of Art, the American Museum of Natural History, the U.S. Holocaust Memorial Museum, the Museum of Modern Arts, the 9/11 Memorial & Museum, the Smithsonian Air and Space Museum and more.

The rankings are based on quantity and quality of reviews and ratings for museums worldwide gathered by TripAdvisor over a 12-month period.

“We are thrilled that the National Naval Aviation Museum continues to be recognized as a top museum by TripAdvisor,” said retired Navy Capt. Sterling Gilliam, museum director.  “It is especially satisfying given TripAdvisor rankings are driven by user-generated content. It is nice to know our visitors are having a good experience when they visit our campus.” 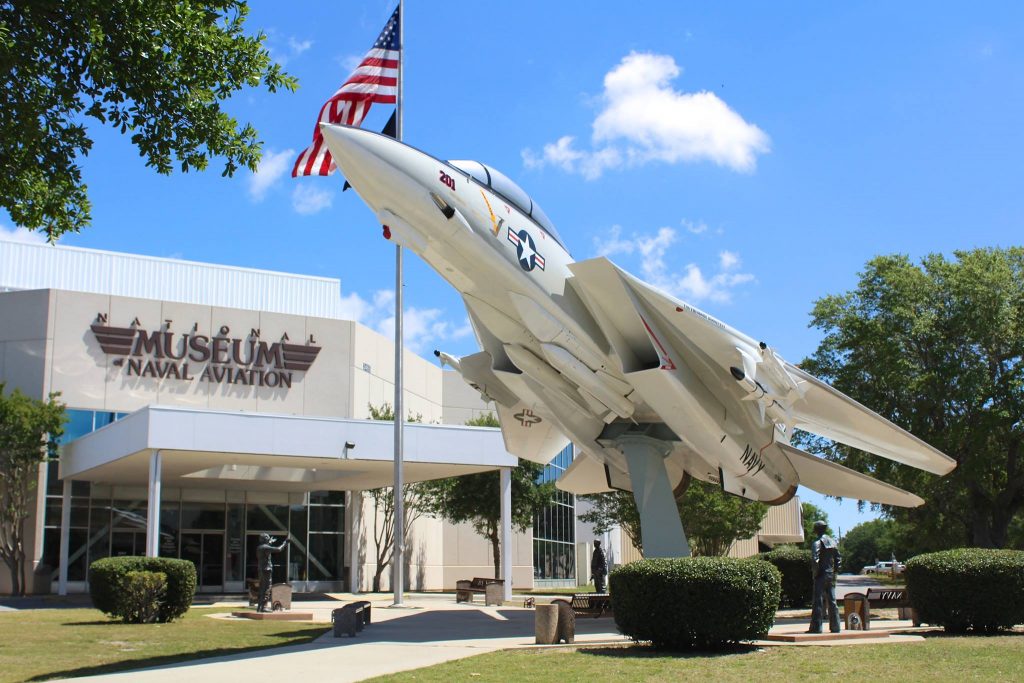 TripAdvisor, which is a travel planning and booking website, has more than 350 million unique visitors each month and more than 385 million reviews and opinions covering more than 6.6 million accommodations, restaurants and attractions.

The National Naval Aviation Museum is the world’s largest Naval Aviation museum and one of the most-visited museums in the state of Florida. Share the excitement of Naval Aviation’s rich history and see more than 150 beautifully restored aircraft representing Navy, Marine Corps and Coast Guard Aviation. Historic aircraft are displayed both inside the Museum’s nearly 350,000 square feet of exhibit space and outside on its 37-acre grounds.

About the National Naval Aviation Museum: The National Naval Aviation Museum, one of TripAdvisor’s “Top 25 Museums in the United States,” features nearly 350,000 square feet of displays and is one of the world’s largest aviation museums. Located aboard Pensacola Naval Air Station, the facility boasts more than 150 beautifully restored aircraft representing Navy, Marine Corps and Coast Guard aviation and is one of Florida’s most visited museums. Be sure to visit Hangar Bay One, displaying aircraft of the post-WWII era including presidential helicopter, Marine One. Among the countless things to touch, see and experience are thrilling 3D and HD flight simulators and the new Blue Angels 4D Experience. Don’t miss the drama and power of the new laser powered Giant Screen digital theater. The Cubi Bar Café offers a unique dining experience and the Flight Deck Store is the perfect place to find a souvenir that captures the spirit of Naval Aviation. Museum admission is FREE and open to the public. The National Naval Aviation Museum is open daily from 9 a.m.–5 p.m. For more information, visit www.NavalAviationMuseum.org. 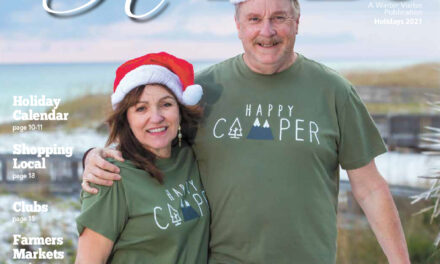 Holiday issue is out now! 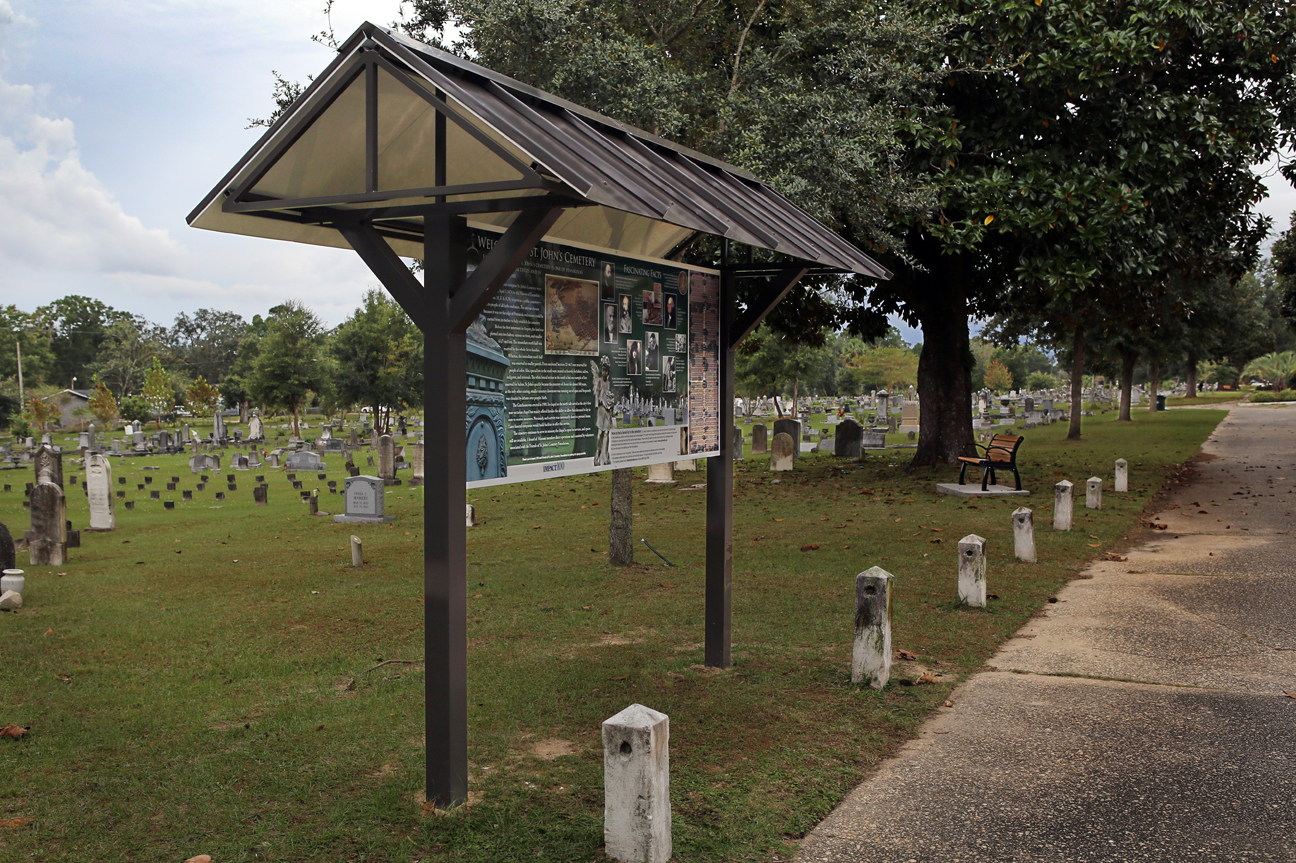 St. John’s Cemetery in Pensacola Brings the Past to Life 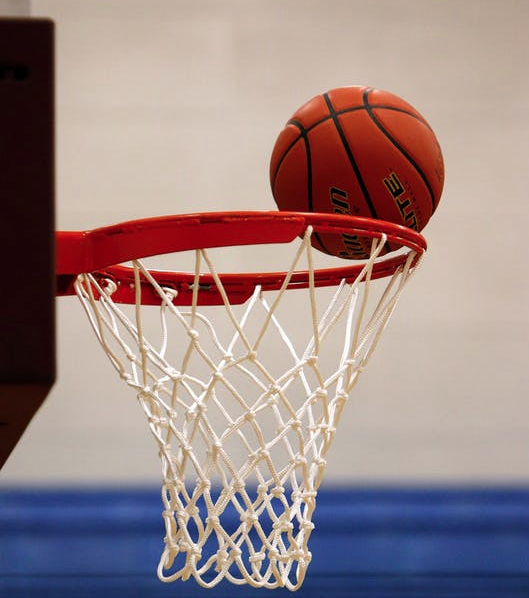 Pick up a game with Emerald Coast Snowbirds Legends Basketball