Legends in Concert and the OWA Theater are ready to kick-off summer with a sizzling hot lineup of some of the biggest names in music. The most-awarded show in Las Vegas history, Legends in Concert, brings a pop sensation, the King of Pop, a 13-time Grammy winner and fashion icon, a 40-year pop music megastar and a little 24 karat magic, together on one stage, opening June 7. This show will feature not only the world’s greatest tribute artists, but also high energy dancers, back-up vocalists, a live band, magnificent costumes, elaborate theatrical sets, a full array of incredible special effects, and much more.

Fans will certainly feel the Roar of Nellie Norris’ upbeat portrayal of Katy Perry, and will find it hard to stay in their seats as they Shake Your Body down to the ground with Nae Cullors impeccable portrayal of Michael Jackson. Lady Gaga returns with a Million Reasons to see Erika Moul’s riveting performance of the Vegas Headliner, and Nellie Norris returns to prove Girls Just Want to Have Fun as Cyndi Lauper. Isaiah Mercado, as Bruno Mars, will welcome you Just The Way You Are while bringing the Uptown Funk to the
summer stage and is sure to have you dancing in the aisles.

“We are thrilled to kick-off our fourth summer at OWA with a fantastic version of our show designed specifically for families,” said Brian Brigner, Chief Operating Officer of Legends in Concert. “This line-up feels like the ultimate sing-along show and summer party for guests to our beautiful state-of-the-art theater.”

Legends in Concert will present summer lineup performances June 7 – September 4, at the OWA Theater, located in Downtown OWA, Tuesday through Saturday at 7:30pm, and with weekly matinee performances Saturday and Sunday at 4pm. Tickets are currently on sale, and can be purchased at VisitOWA.com/Tickets or by calling 251-369-6100. Group discounts for 10+ are also available.

Since its debut in 1983, Legends in Concert has earned countless entertainment industry awards including “Show of the Year,” “Entertainers of the Year,” “Grand Slam,” and the prestigious “Show of Shows” awarded by the International Press Association and was most recently awarded the 2018 “Casino Production Show of the Year,” at the sixth annual Casino Entertainment Awards, presented by The Global Gaming Expo (G2E).

About Legends in Concert

Legends in Concert is celebrating 38 years of success this year and claims the title of longest-running production show in Las Vegas. Owned and operated by On Stage Enterprises, Legends in Concert debuted at Imperial PalaceHotel and Casino in 1983 and later wowed fans with thousands of performances at both Harrah’s and Flamingo Las Vegas. In February 2019, the acclaimed show launched a bigger, better, bolder production year round in the newly named Legends in Concert Theater at Tropicana Las Vegas. Packed with all-star talent and powerhouse vocals from some of the world’s top tribute artists, the legendary show entertains audiences of all ages. The tribute artists perform using their own natural voices and are backed by a live band that rocks the house with vivacious back-up singers and dancers who bring the performances to life. In addition to Las Vegas, On Stage produces Legends productions in such markets as Atlantic City, Branson, Coastal Alabama (OWA), Foxwoods Resort Casino, Long Island, Myrtle Beach, Niagara Falls, in Waikiki at the Royal Hawaiian Theater, Melbourne, Australia, and on the high seas aboard the Norwegian PEARL. Connect with Legends in Concert on Facebook @LegendsInConcert, Instagram @legendsinconcertlv and Twitter @LegendsConcert.

Award-winning OWA Parks & Resort in Coastal Alabama is owned and operated by the Poarch Band of Creek Indians. OWA’s name is derived from a Creek word for “big water,” and the tropical theme of the 520-acre property was inspired by the Gulf of Mexico, minutes away via the Foley Beach Express. At the heart of OWA is Tropic Falls, which includes a 23-ride theme park, outdoor wave pool and the region’s largest indoor water park—bigger than a football field and covered by a convertible roof. Just outside the ticketed areas is Downtown OWA. This pedestrian-only streetscape was inspired by Southern small towns and features
numerous options for dining, shopping, and entertainment. The destination resort offers a full calendar of events, from Downtown OWA’s own Mardi Gras Parade to the annual Christmas tree lighting with fireworks and snowfall. With its own award-winning TownePlace Suites by Marriott, OWA is the place in Coastal Alabama to thrill, then chill. 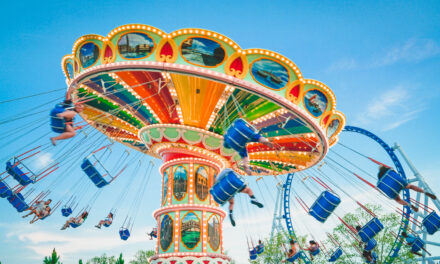 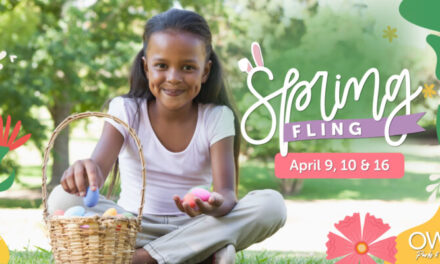 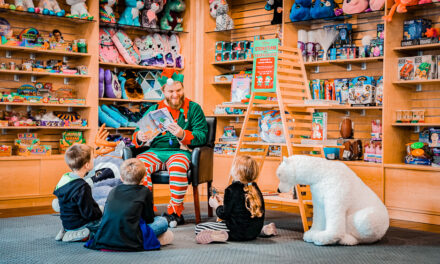