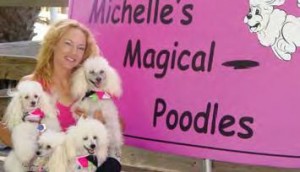 Recently, after performing with my three trained “trick poodles” at the South Florida Fair, I made the drive farther south to Homestead, Fla., to visit my friend and expert Poodle Breeder, Rose Thompson. She had informed me last October that she had three poodle litters born in September but to check back with her to to see which ones will go “show” and which will be “pet.”
Now, this is “show dog” talk for all of you novices.
I too had to learn the talk upon beginning my all poodle performing act. When a dog is bred for “show” and then does not make the cut, they are then sold as “pet quality” purebreds. In fact, this is an excellent way to acquire a very healthy, well-bred dog.
Well, Mrs. Thompson had two boys left that had gone a bit oversized for the show ring, making them nice and sturdy and just perfect for my show. However, needing to expand slowly, I knew I could only take one.
It was a difficult choice but I decided upon the bigger of the two and was ready to put him in the car and head back home to Pensacola. “Not so fast,” my friend Rose quickly said to me, “you’re forgetting these.”
She then handed me a full roll of paper towels. “First time in the car for this little guy and you’re most likely going to need them.”
It’s been quite some time since my original three were so young and we’ve since traveled cross country and back three times. Well, sure enough, about ten miles down the road, those paper towels came in handy.
Mrs. Thompson also sent me away with enough puppy food for our travel and a towel with the scent from her house on it to keep the new poodle baby calm. That night was not only the first time away from his original home, but the first time in a hotel room, too. There were so many strange noises, people and places to sniff.
It’s a good idea to start off slowly when traveling with a new doggie for the first time. Plan lots of stops and try to choose places that are not so busy or noisy as to not overwhelm the new baby. Having four pretty poodles, I constantly have people asking to pet them at the rest areas along the way.
With the new poodle, I was careful to pick him up and hold him while they greeted him, making him feel safe to interact with new people for the first time. Eventually, he’ll fall into the routine with the other three, greeting his fans before and after the show.
Make a routine for the new doggie as much as possible while traveling. Try to stop at intervals that are comfortable for potty time. This will avoid car wetting and they’ll quickly learn that that is what the stops are for.
Giving a little treat after they potty outside is also a good reinforcement. I’ll have to admit, mine are a bit more spoiled than that. When they’re good on a long car trip, we go through the drive-thru and they all get to split a cheeseburger, hold the condiments. Except now, whenever we go through a toll booth, my oldest poodle Cupid gets very excited thinking its cheeseburger time.
Whether you use the treat method or not, just remember to always start the experience off as fun time. When preparing to take a trip with your pet, speak in an upbeat tone with words such as, “wanna go for a ride.”
The more your pet looks forward to getting intothe car and driving down the highway, the better travel companion he/she will make.
Until next time, happy trails and tails!!!

Michelle’s Magical Poodles is a show full of classic and traditional circus style tricks. For more information about Michelle and her Magical Poodles, please visit her online at statueviva.com/poodles 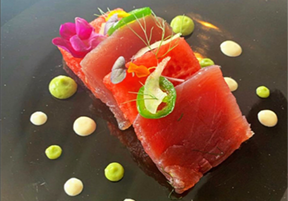 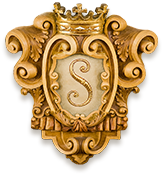 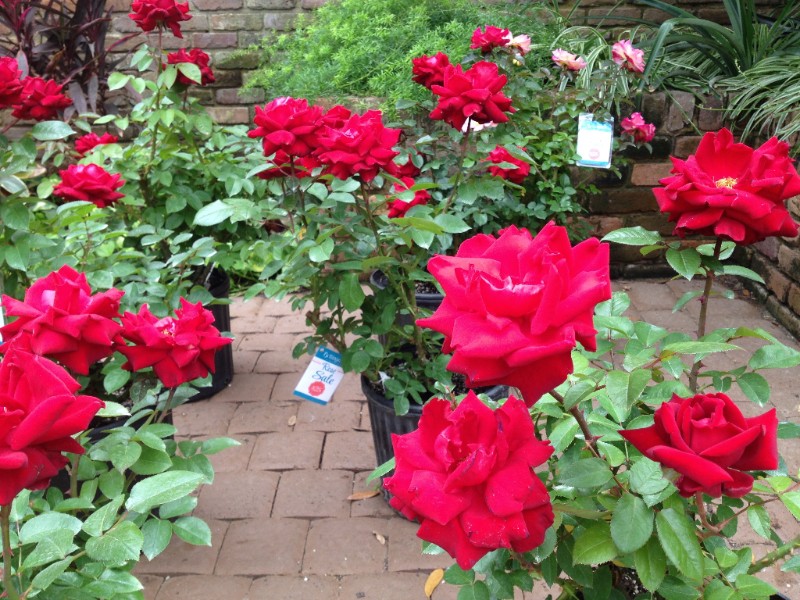